Cody Hoyt is a supporting character from the Big Sky's series. He is a private investigator who was killed when his investigation threatened to uncover a human trafficking operation.

At some point, Cody married Jenny Hoyt with whom he had a son named Justin Hoyt. At some point he became estranged from his wife and began an affair with Cassie Dewell.

After Cody learned that his wife, Jenny, from whom he was separated, knew of his affair with Cassie Dewell, he tried desperately to get a hold of her. He also tried to talk to Cassie, but she said she had to go get her son. With both women avoiding him, Denise told him he should have seen the train wreck coming. He later picked Cassie and Jenny up from urgent care, where they were treated after getting in a fight at a bar. He tried to get them to talk it out, but they both refused.

Later that night, Jenny came to Cody's cabin and asked if they were working on them or not. His actions indicated that they were over, but they had sex anyway. Then Justin called and said Danielle and her sister never showed up. He had a sense that something was wrong. Jenny and Cody got dressed to go out to where Danielle and her sister should have been to search for them. Cody called Cassie and asked her to go into the office. He also spoke to Denise, who said there weren't any reports of accidents involving cars matching the description of Danielle's car. She also said she'd called Rick Legarski, a trooper who was one married to her cousin, Sally. Jenny wanted to go with Cody, but Cody told her to go be with Justin and call him if the girls showed up.

While on his way to Yankee Jim Canyon, Cody spoke to Legarski, who offered to drive up to where the girls were last seen and look for them. He also told Cody that other young women had disappeared from the area and sent him the links to articles which suggested it was the work of the Church of Glory and Transcendence, long rumored to be a cult. While he talked to Cassie about this, she reminded him of the series of prostitutes that went missing from truck stops. He suggested that she speak to Jenny about it as Jenny had worked on that when she was a cop.

Cody drove to the All-In Bar, where he met with Legarski. Legarski said he wouldn't do anything that would jeopardize his reputation with the town as he had to live there. Cody then told Legarski about the women missing from truck stops along I-90. He thought a long-haul trucker might be behind the disappearances. He then asked Legarski to go with him up to the church to check for long-haul truckers who were members. Cody got into his truck after calling Cassie to tell her where he was going. Legarski got in next to him and shocked him by shooting him in the head and killing him.[1]

The next day, when Jenny and Cassie hadn't heard from Cody, they started to worry, but couldn't officially report him missing. Meanwhile, Ronald and Legarski buried his truck alongside Danielle's car.[2]

After the girls were found at the All-In, Cody’s body was discovered when his truck was unburied. His remains were cremated and Jenny planned a funeral for him. At the funeral, some of his ashes were released to the wind. Then everyone went inside where a band played and everyone danced and drank.[3]

He was married to Jenny Hoyt until his death. They have one son together, Justin. They were separated for some time before his death. During their separation, he had an affair with Cassie Dewell.[4]

While separated from Jenny, Cody began to have an affair with his work partner, Cassie Dewell.[5] While they were together, Cassie taught Cody how to rope cattle.[6] 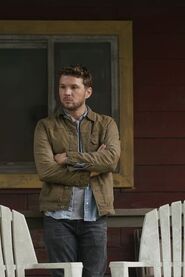 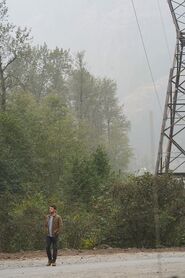 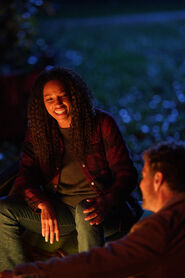