Sheriff Wagy is the sheriff of Lochsa County.

Sheriff Wagy was in his office when Cassie and Jenny came to see him. He'd given Jenny the runaround on the phone and they were desperate to get in contact with Rosie, who was the victim in an assault for which Blake was arrested. They also reported to him that their truck had been vandalized. He insisted the vandalism was local kids having fun and said they couldn't speak to Rosie and should just read his report. He also said he'd call them when the evidence came back.[1]

Wagy was part of a conspiracy to kidnap and hold Cassie. When they realized she'd used her phone to call someone during the kidnapping, Gregor brought Cassie back to the sheriff's department. When Mark came in looking for her, Wagy said she was arrested on various charges, but Mark quickly got the charges dropped and took Cassie with him.[2]

When John Wayne killed Blake, Wagy was called to the property to see the body, which they claimed to have found at the bottom of a cliff where Blake was known to sit sometimes. He told Horst he'd write it up however Horst wanted, so Horst had it declared a suicide over Margaret's objection that Blake didn't kill himself. Wagy later warned Jenny to go back to Helena when she came to his office to inquire about Blake's death.[3]

Wagy came to the motel when Rand Kleinsasser drove his truck into it, injuring Jenny and killing Angela. He told Jenny she should have left Lochsa when he told her to, but she simply said she knew he was doing the Kleinsassers' dirty work and wouldn't let him get away with it. Wagy then went to Horst, saying they had witnesses putting Rand at the scene and he couldn't make this one go away. Horst said he had witnesses putting Rand at the ranch at the time of the crash. He also told Horst he found a report at the scene that proved Horst was dumping chemicals on his ranch. When Wagy left, he was startled to find Cheyenne in his back seat. He brushed her off, but she ominously told him she'd see him later.

Wagy attended Blake's funeral, which he said was a beautiful service. He then told Horst he'd need to bring Rand in for questioning, but Horst said anyone who wanted to talk could come to the ranch anytime, refusing to budge. Despite this disagreement, when Wagy later spotted a car on the back pasture, he called Horst to warn him that someone was back there.[4]

Wagy and Gregor came to the ranch when John Wayne was shot and killed there. They tried to get Jenny and Cassie to leave so they could take over, but Cassie and Jenny stood up to them. Gregor then said he'd saved Cassie's life, as Wagy had ordered her death. As Wagy went to leave, Jenny revealed that she'd recorded the whole conversation, including Wagy admitting to ordering Cassie's death.[5]

Shortly after that, Tubb arrived in Lochsa and Wagy and Gregor were arrested.[6] 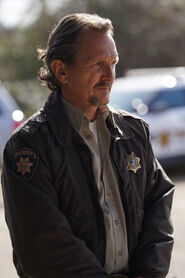 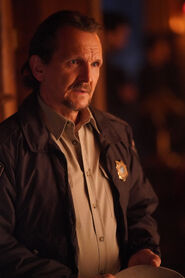